It is difficult to see in a scan, but at the bottom in the perimeter mirror band, it says
"Manufactured in Germany by Record Service GmbH, Alsdorf."
The catalog number on this disc is 256 412, the same as the French target disc.
The matrix number is 2 56412 SRC-01 (a). These do not have the rectangles in the inner mirror band.
This one has a metallic center with nothing embossed on it. A minor variation has a large "6."
embossed in the center. Other minor variations have plastic centers with a number embossed
in that center. The following numbers have been reported: 4, 8, 17 (all large).
Eventually this was replaced by: 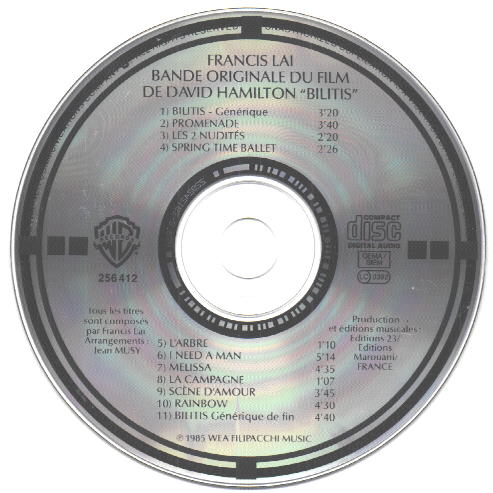 Also difficult to see in a scan, but at the bottom in the perimeter mirror band, it still
says "Manufactured in Germany by Record Service GmbH, Alsdorf."
The catalog number on this disc is still 256 412.
However, the matrix number has been changed to 229242162-2 RSA (b) (plus a series of rectangles
resembling a barcode.) The one above has a small "36" embossed in the hub area.
Other such embossed numbers reported so far include: large "6.", large "18" Made in Germany (no manufacturer on disc)
The catalog number on the disc is now 2292-42162 (c).
The matrix number is 229242162-2 RSA (plus the same rectangles as above).
Again, there numerous minor variations of this basic disc face. You could drive
yourself completely insane trying to amass every one! These variations involve various
numbers, logos and IFPI codes embossed or embedded in the plastic centers. For the record,
the one pictured here has a stylized "W" logo embossed in the hub
area and a tiny "IFPI 0505" is embedded in the plastic. 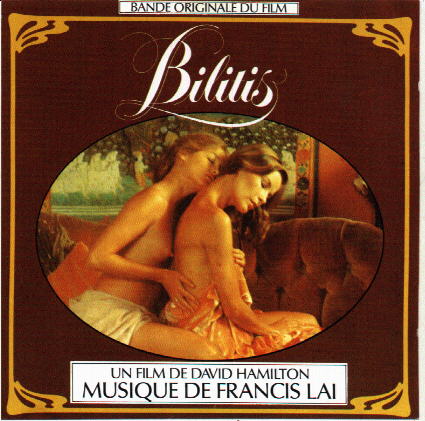 Front cover of the four-page booklet.
No manufacturing info is offered. Some early copies have a 1977 copyright on page two.
Most, however, have a 1987 copyright date. Rear tray insert without barcode and old catalog number,
states "Manufactured in Germany by Record Service GmbH, Alsdorf"
Nothing is printed on the reverse.
Thanks to Kym for this scan. He reports the Record Service 256 412 disc variation inside. 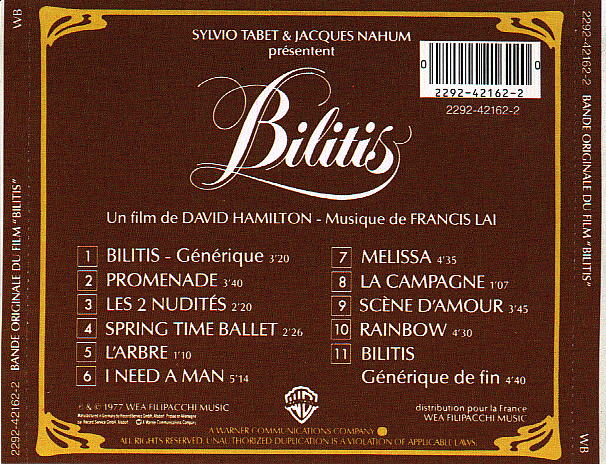 Rear tray insert with barcode
states "Manufactured in Germany by Record Service GmbH, Alsdorf"
Nothing is printed on the reverse.
I found disc variations (b) and (c) with this back inlay.

Notes: This target CD was not distributed in the US, and it is unlikely to be found here.
It should not prove terribly hard to find in Europe.
See separate entries for the French Warner Bros. target CD, and the German Editions 23 target CD.
The US version of this CD has the front cover in English. It is not a target disc.