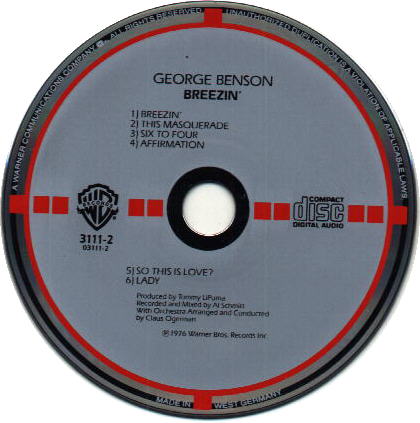 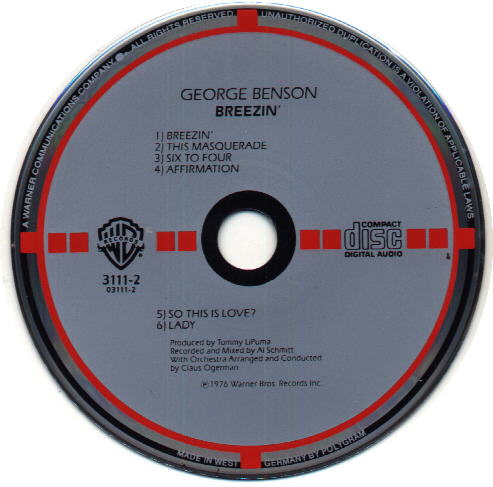 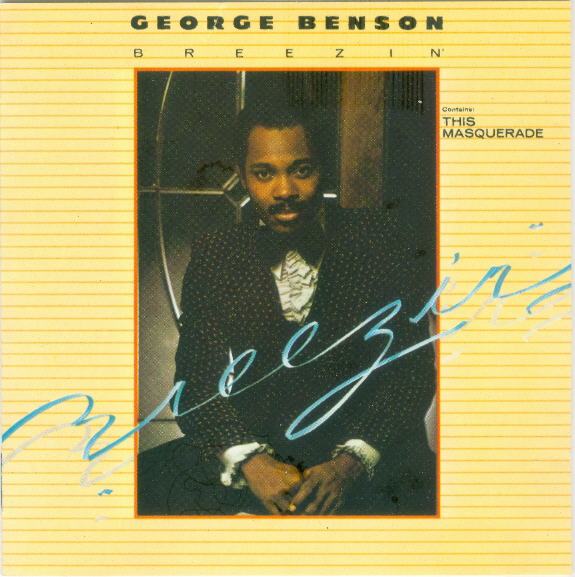 Front cover of the eight-page booklet
"Manufactured by PolyGram in Hanover, West Germany
Printed in West Germany" is found on page seven. 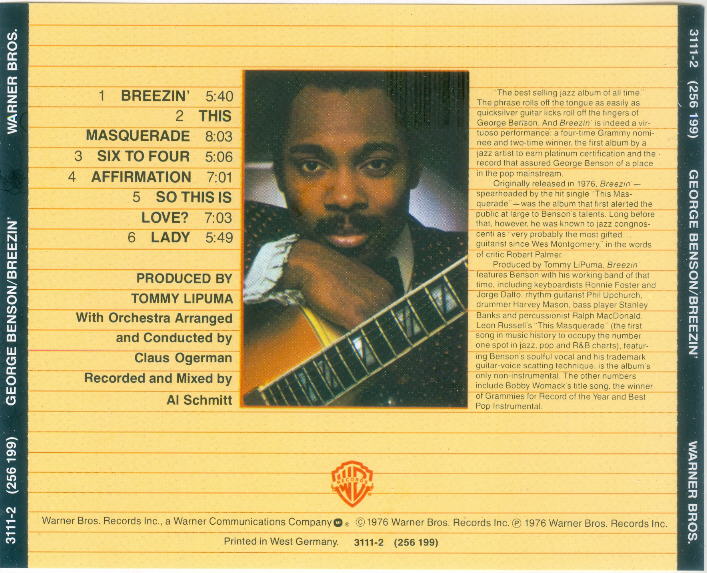 Notes: This disc is not all that common, but it can be found with persistence.
The POLYGRAM variation was issued in Japan as 38XP-31, with the addition of a gold sticker obi.

(POLYGRAM) smooth frosted-top two-dimple with "21" embossed on one tab and "14" embossed on the back portion,
inside bottom center. Eight-prong disc tray embossed "Patents pending 4.2"