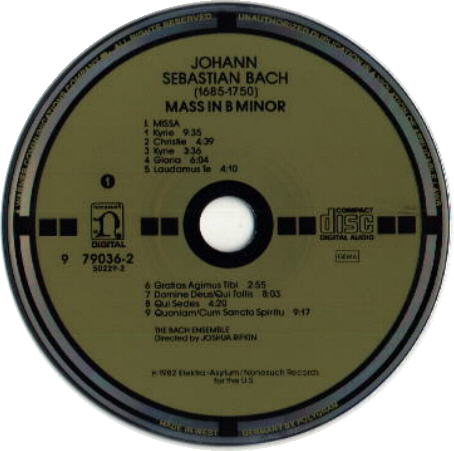 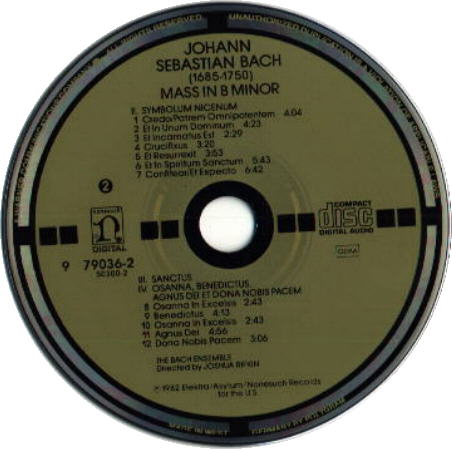 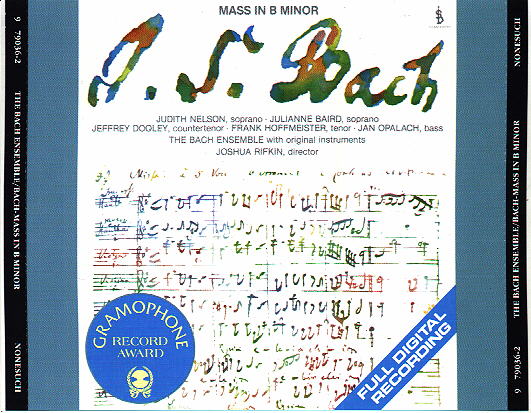 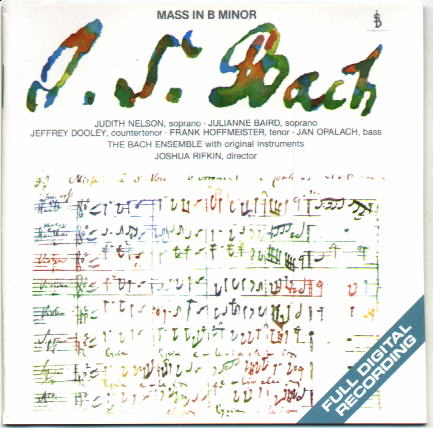 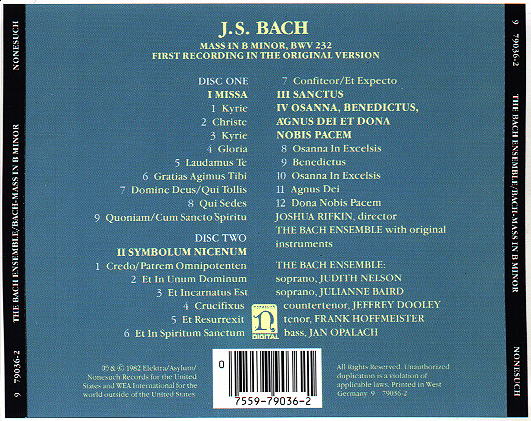 Notes: Like most Nonesuch target discs, this CD is quite scarce.
It was also issued in Japan as 65XC-17-18, with the addition of an extra-wide gold sticker obi.