Front cover of the eight-page booklet.
In the case of CBS/SONY pressings, page seven states "Manufactured by CBS/Sony Inc. in Japan
4008-2 [DIDZ 10046]" 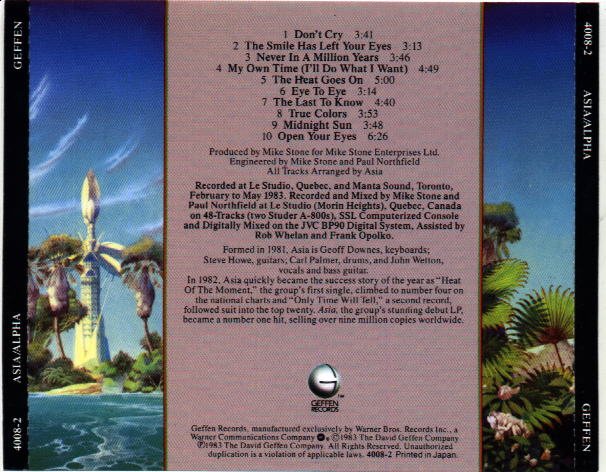 Rear tray insert for JVC pressings. No barcode.
Nothing is printed on the reverse.
Says "Printed in Japan" at bottom right.
The booklet says, "Manufactured by JVC, Japan. Printed in Japan." on page seven. Rear tray insert for CBS/Sony pressings. No barcode.
Says [DIDZ 10046] at bottom right.
Nothing is printed on the reverse.
The booklet says, "Manufactured by CBS/Sony Inc. in Japan." on page seven.

Notes: While none of these variations are particularly scarce,
they are not readily available either, and will take some searching.