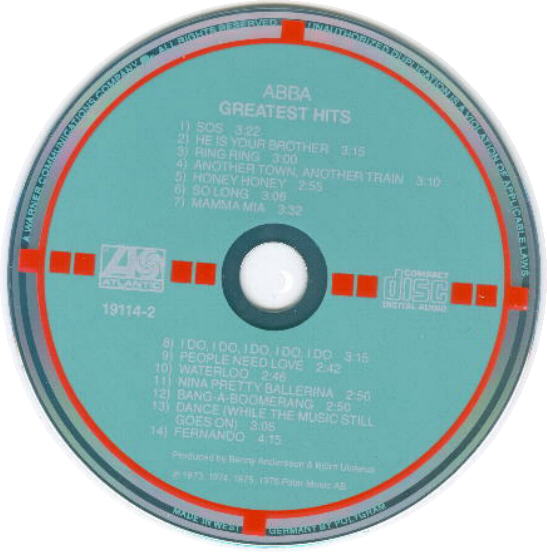 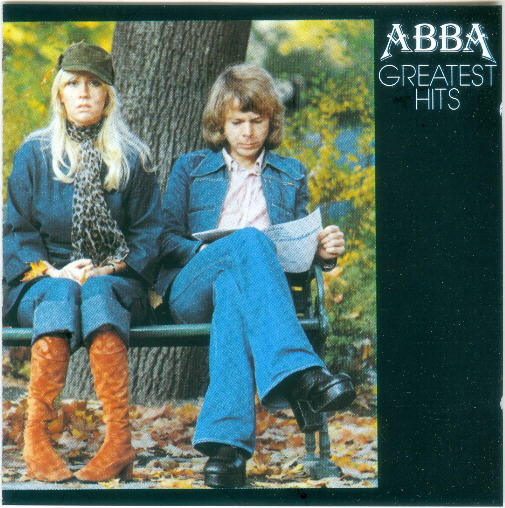 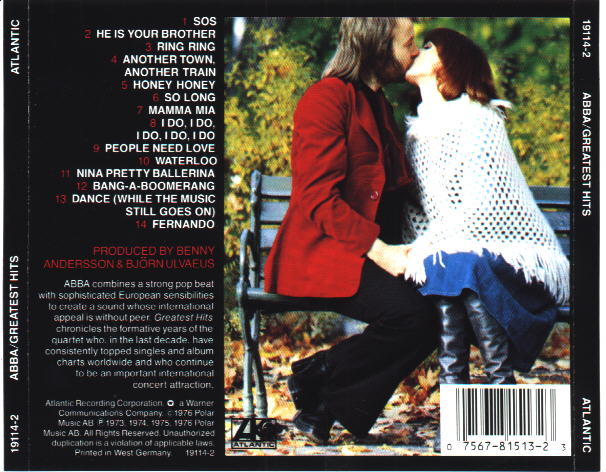 Rear tray insert "Printed in West Germany." with barcode.
This is more commomly found than the back inlay without the barcode.
Both "02" and "03" matrix numbers were issued with this insert.
"19114-2" is printed on the reverse. 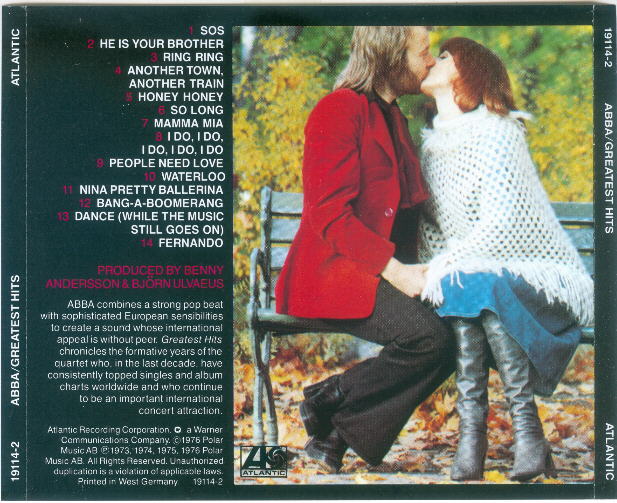 Rear tray insert "Printed in West Germany." without barcode.
On the reverse is printed "19114-2"
I originally thought only the "02" matrix discs were issued with this insert,
but I have also found "03" discs without a barcode. Were they switched at some point?
I have no idea.
This back inlay seems to be harder to find than the above, and was likely issued earlier.

Notes: This disc was not in print very long, and is scarce.
Not impossible to find, but does present a challenge.
It does not turn up on eBay very often.

Jewel case info: ("03" disc without barcode) ridged-top, six-tab, two-dimple,
"54" is embossed on one tab, and "42" is embossed at bottom center of the back portion.
Eight-prong disc tray embossed with "Patents pending 7.4"

("03" disc with barcode) heavy ridged-top, six-tab, two-dimple,
"A2" is embossed on one tab, and "A4" is embossed at inside bottom center
of the back portion. Eight-prong disc tray embossed with "Patents pending 23"