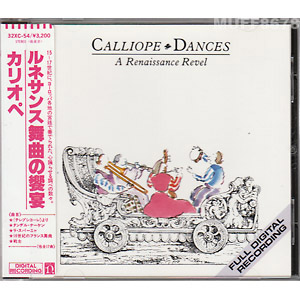 This same target CD was issued in Japan as 32XC-54 with the addition of this sticker obi.
There was probably also a Japanese fold-out insert.

Notes: This target CD is not easy to find. Expect to search a while.