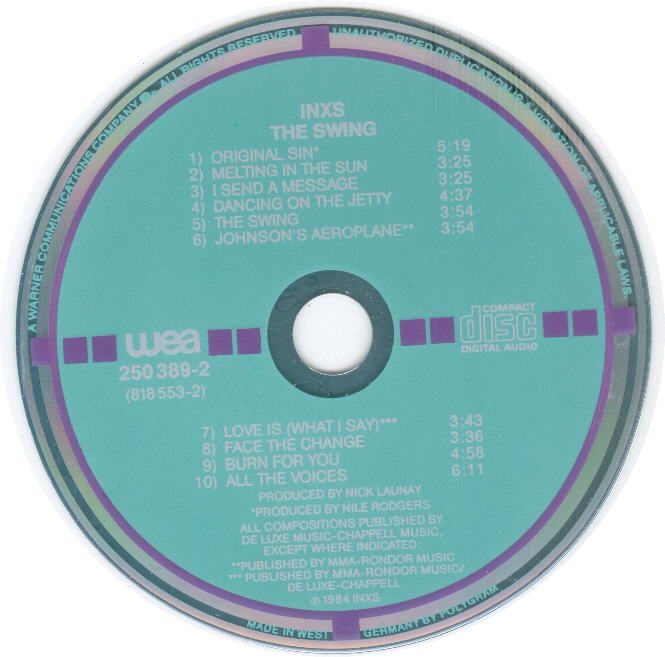 MADE IN WEST | | GERMANY BY POLYGRAM
The matrix number is identical with the version issued in the US on the Atco label: 818 553-2 03. 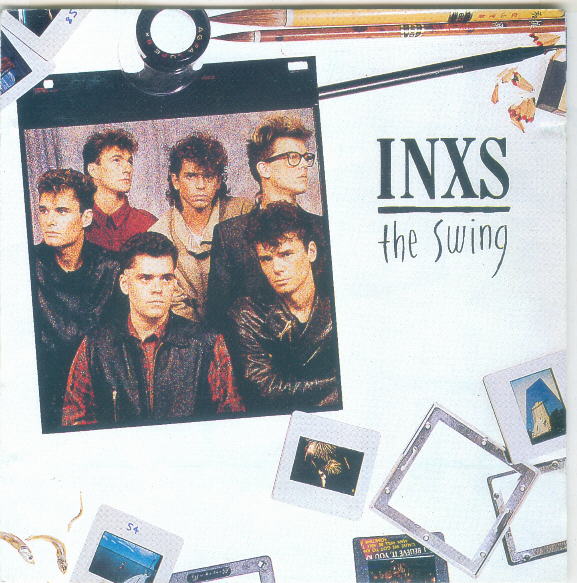 Front cover of the six-page foldout booklet
Compare this cover closely with the Atco version, and you will notice some
subtle differences. The brushes are positioned differently. The slide at center,
under the band photo, is different. The rest of the booklet is also completely
different. There is no mention of a country of manufacture. Page five states "Marketed by WEA
Record & Tape Distributors Pty. Limited.", which sounds rather Australian to me. 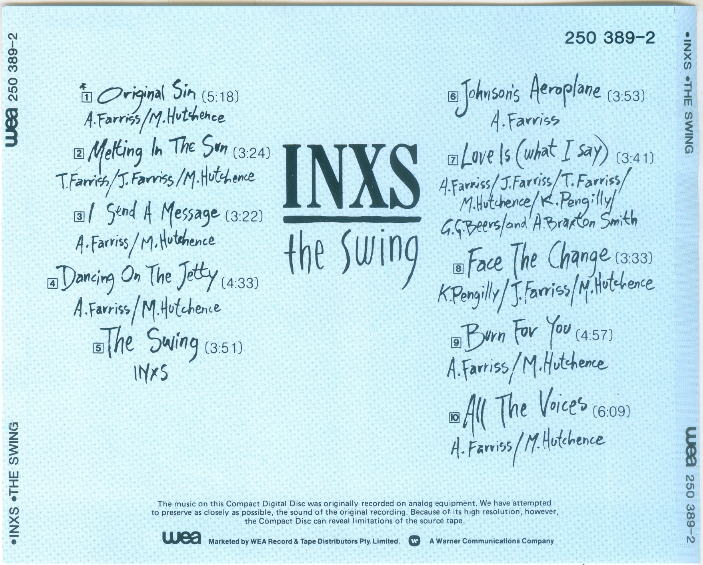 The rear tray insert mentions no country of manufacture. It is completely different
than the tray insert of the Atco or Mercury versions. No barcode.
The 250 389-2 catalog number is printed on the inside of the insert. 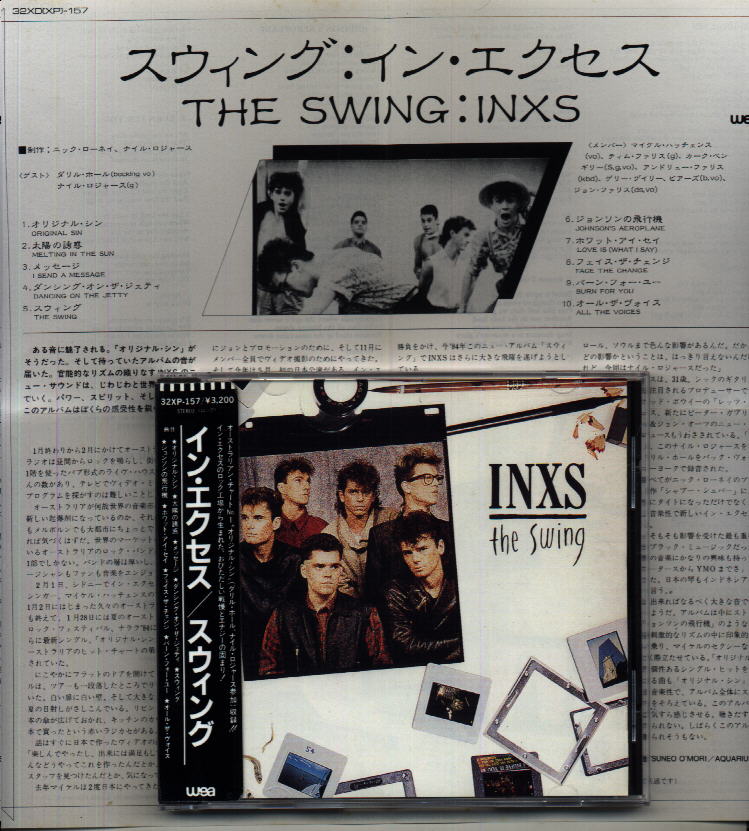 This WEA target CD was also issued in Japan with the addition this sticker obi.
The obi bears the Japanese catalog number 38XP-157.
In the background is the Japanese lyric insert. The catalog number listed on
this insert is 32XD(XP)-157. The rear tray insert that comes with the Japanese
release is much flimsier than the ones that have been found in Australia.

Notes: This target CD is quite scarce, though several copies have been found in Australia.
It appears it was replaced by a release on the Mercury label, fairly early on.
As far as I know, the international distribution rights to this title were owned
by Mercury Records, and the USA rights were controlled by Atco/Atlantic.